Well, here we are.

I’ve officially been living in London for two years. And I’m officially leaving.

It’s been an interesting year, to say the least. I’ve heard other expats say that it takes them around six months to a year to feel at home in a new city. Although I found my feet in Doha in a matter of weeks, it did take me that full twelve months to settle into life in London.

I didn’t really help myself all that much, during that first year. I struggled with living in the city – with the volume of people, the noise and the general chaos. Rather than sticking it out, I chose to leave town and go travelling, every chance I had.

At the start of this year, I made a promise to commit myself to London. I would enjoy it to its full potential, so long as I called the city home.

Looking back over the year, I’m pretty happy with the progress made.

I ticked a few touristy things off my London bucket list, like visiting museums and taking a cruise down the river. I saw the Harry Potter play during its opening run. I queued up for three hours for twenty seconds of art.

And I finally found a flat in the south east of the city that I could call my home.

I’ve been having a lot of moments where I wonder if leaving is truly the right choice. There’s always the chance I’m making a mistake.

Last time I visited Australia, I came to the conclusion that I wasn’t ready to return home for good, for a multitude of reasons. That was only fifteen months ago – who’s to say anything’s changed? 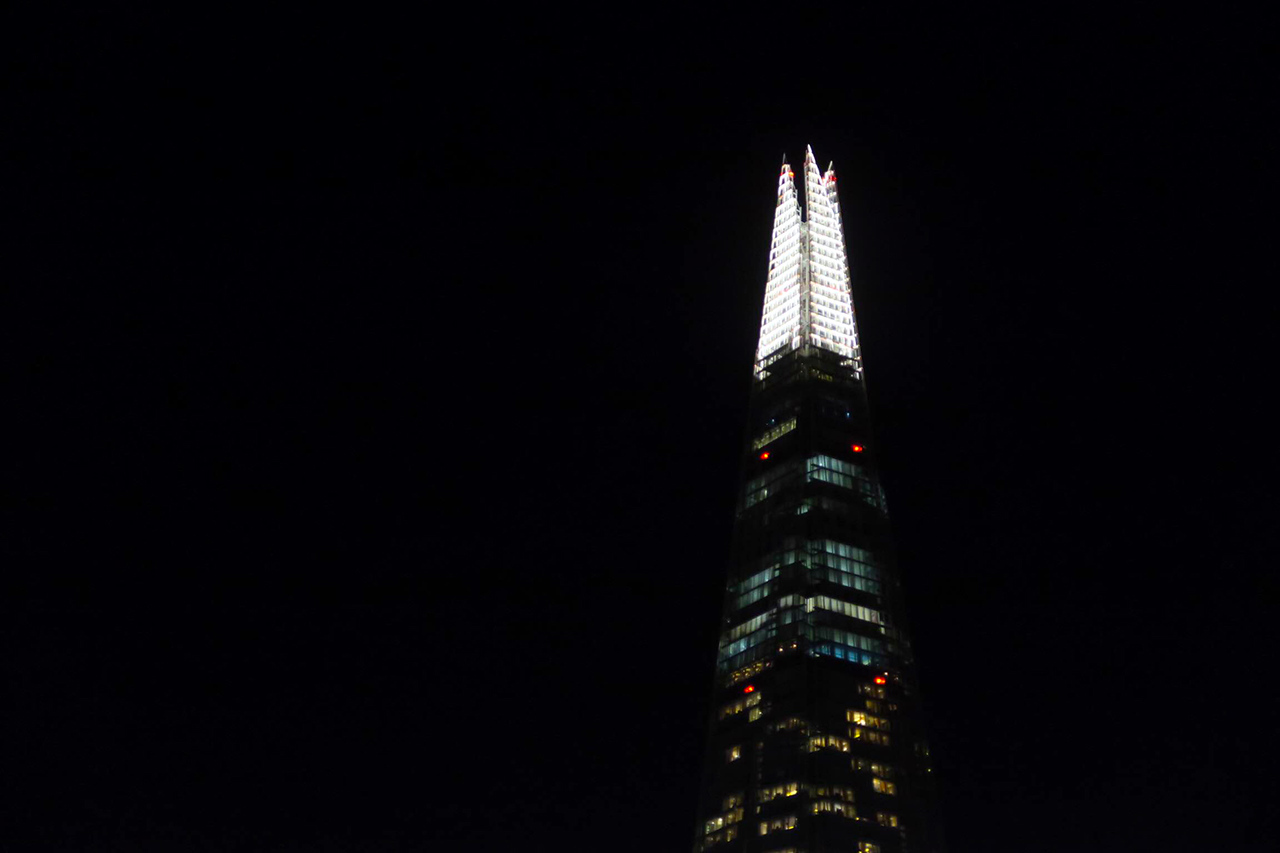 One of my mother’s favourite sayings is who knows what’s good luck and bad luck? By extension, who knows what is and isn’t the right thing to do in life. We’re all put here on this earth and expected to fumble our way through our years here. Making decisions, crossing our fingers and hoping for the best.

So, that’s what I’m doing. I’ve made the decision to leave London and I’m sticking to it. Maybe it’s not forever. Maybe it’s just for now. I don’t know what the future holds. No one does. That’s what makes life so much fun to live.

Either way, I’ll always be grateful to London and everything it’s given me over the last two years. Particularly the knowledge that I can move halfway around the world with little money, nowhere to live and no job prospects… yet everything will somehow work out better than okay.

Our tour guide Nick used a long wooden stick to steady himself, as he squelched through the water and mud. The water level of the creek came no further than mid-calf during low tide. Much of the riverbed lay exposed, the still-wet mud glistening in the light of the midday sun. We came to a…

Summer finally decided to grace London with its presence in August. For almost three weeks we enjoyed on and off sunny days, paired with weather that could actually be described as “hot”. Somehow, the stars aligned and I had a day off from work, where I was in London and nothing written on my calendar….

There are a lot of things I love about summertime. Long days at the beach, afternoon thunderstorms… and sunshine. Life in London doesn’t always (ever?) avail itself to any of these things. So, thank goodness there is outdoor cinema to fill the hole that a 18°C “summer’s” day leaves in my heart. However, outdoor cinema…

To my regular readers – sorry for this not-so-relative post. This was something I’d been putting off writing, as I thought it would be a tad boring, yet I couldn’t find much information on the topic when I needed it. We’ll resume regular programming later on this week! If you moved from Australia or New…

I like to go on picnics. A lot. They’re sort of a religion in England, where I lived for two years. On sunny days, my heart desired nothing more than to spread out a picnic blanket, feast until my belly was content and laze around with a book in the (probably very fleeting) sunshine. Not…

Disclosure: This page may contain affiliate links. Clicking through for additional information or to make a purchase may result in a small commission. Thank you. Did you know that the United Kingdom throws out around 15 million tonnes of food a year? Of this figure, it’s estimated that around half of the 7 million scraps…

Hello and welcome to Birdgehls, a responsible travel blog with an emphasis on backyard travel in Australia. I share tips and tricks on how to tread lightly on our beautiful planet. Find out more or contact me.