4 Small Towns in Tasmania You Should Step Foot In

One of the murals in Sheffield, Tasmania.

Australia’s island state is its most charming due to many, many factors. Yet, the small towns in Tasmania certainly help add to the charm and then some. Places like Sheffield, Richmond, Oatlands and Perth are lovely as they each have their own distinct vibe and aspects which make them a pleasant detour on any Tasmanian road trip.

There really is no better feeling than climbing into your (rented) car and driving with only the vaguest of destinations in mind.

I had a holiday like this very recently. I caught the Spirit of Tasmania from Port Melbourne to Devonport, rented a car and just drove. A bed was booked for each night of the trip, but the days were mine, to do what I wished with them.

Read more: Things to do in Hobart, Tasmania 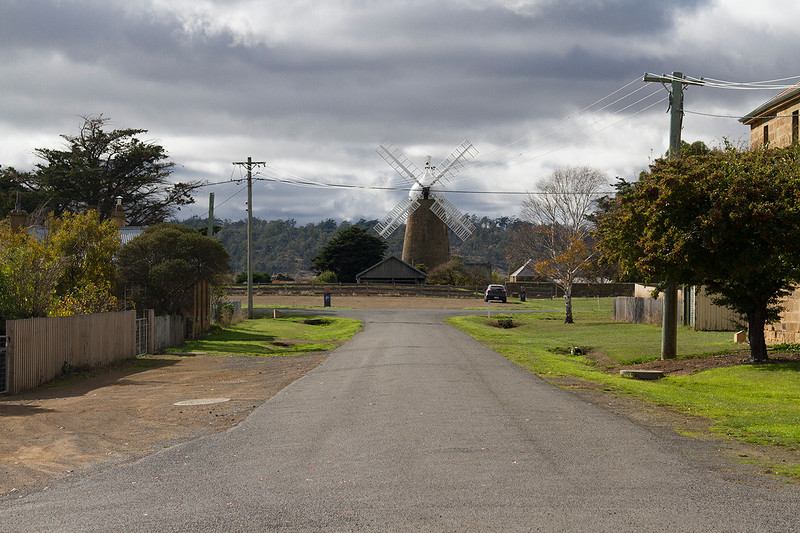 I wish this were my house. Historical Richmond, near Hobart.

What a delicious feeling that is.

I meandered along winding roads, stopping to photograph whatever I fancied. If a town looked interesting – even just from the tourism signs – I turned off the highway and drove through it.

It was an exceptionally good way to travel, which led me to see sights that I don’t think I would have, otherwise.

Related: 17 Highlights and Oddities from a Tasmanian Road Trip

Sheffield – A Town of Murals

I think the dude in the background was knitting.

I’d actually driven through Sheffield a million years ago on the way to Tasmazia, the southern hemisphere’s biggest maze. I guess I wasn’t paying all that much attention, as I don’t remember Sheffield as being that standout, which is certainly is. 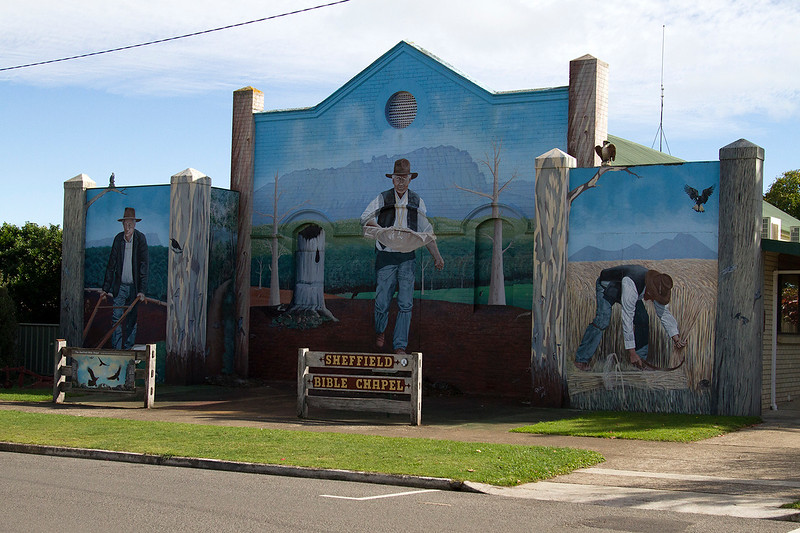 The mill makes another appearance!

The town is covered in murals – they are everywhere. On the side of the pub. On a church. In the supermarket car park. Almost every inch of the town has some of kind of scene painted on it.

And they’re darn good, too! Although with Mount Roland looming in the distance, it isn’t really all that hard to see where the artists get their inspiration from. 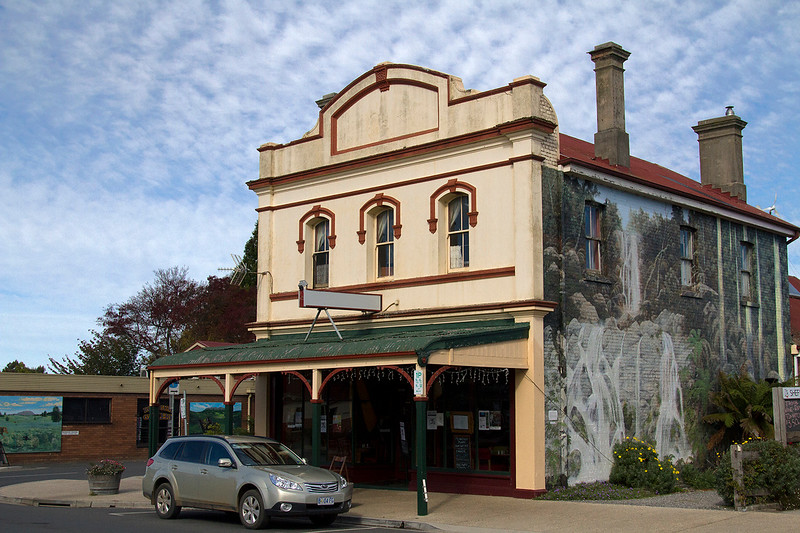 This building is already cute enough, but the waterfall on the side helps! 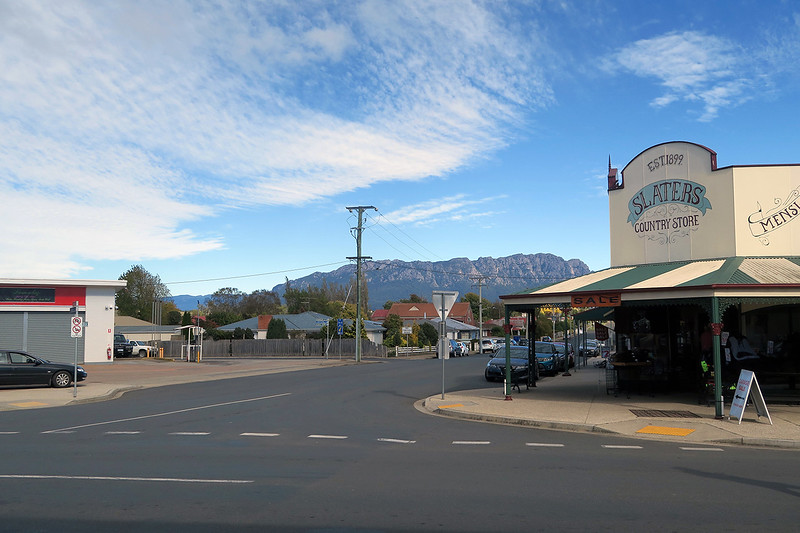 There was also a mural competition going on at the time. It was quite fun to check them out, but I think the permanent ones are the real drawcard. Which is good, because they’re the ones that are sticking around!

Oatlands was one of those afore-mentioned destinations that I pulled off the highway to see. There was allegedly a mill. I wanted to see said mill.

Not sure why these were here, but not complaining.

What ewe lookin’ at?

The town itself was really quiet. I wandered around for a bit, taking photos of the gorgeous Georgian buildings and cottages and the local sheep. There were a couple of antique stores there as well. Had a rummage around in one, but most of the stuff was breakable and I didn’t trust myself or the baggage handlers at Hobart and Melbourne airports respectively not to break it.

Richmond – Am I in England, or Australia?

Richmond is a bit of a tourist hotspot in southern Tasmania and rightly so, as it is bloody gorgeous.

Seriously could be anywhere in England. 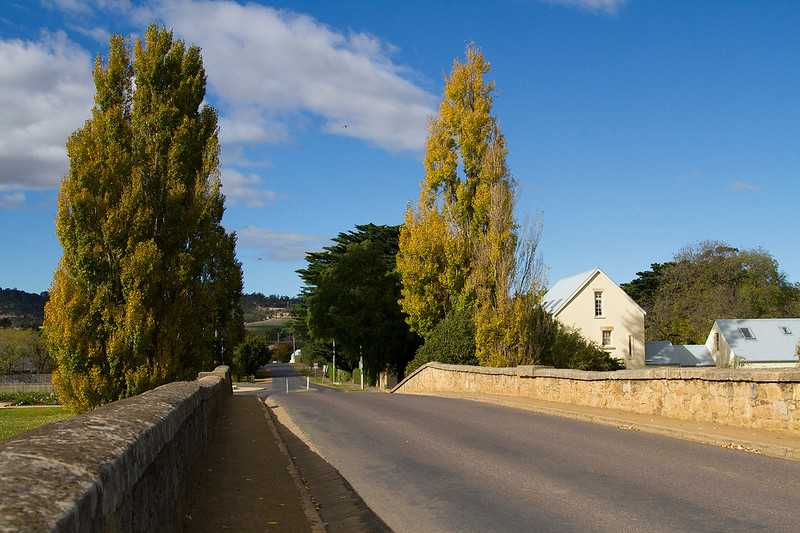 The town is home to Australia’s oldest bridge (well, oldest that is still in use), which was completed in 1825. To any Brits or Europeans who may be reading this, please don’t laugh at how recent that is, because it is mean. St John’s Catholic Church is also considered to be the oldest in Australia. It is really quite cute – just look at it! 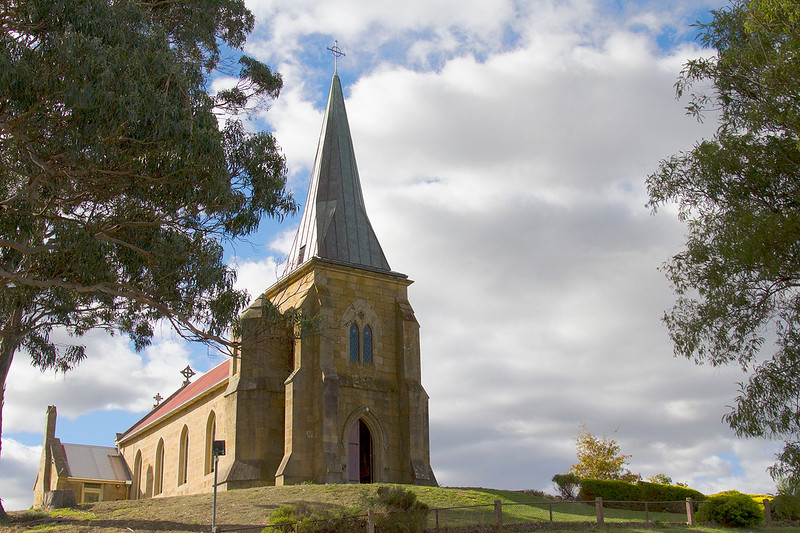 The Church was really quite lovely.

The oldest state school in Australia.

Other sights include the gaol, school house and many other lovely looking buildings, with brightly coloured doors. There was a Saturday market going on when I was visiting – I walked in for thirty seconds and left $70 poorer. There are plenty of places to eat, drink and be merry, although I did nothing of the sort. Well, I suppose I was feeling a bit merry, but it wasn’t alcohol induced. Don’t drink and drive, folks.

Love to have a picnic by here.

Richmond actually hurt my heart, as it looked so much like a little English country village. The sunshine gave away the fact that it was Australian, although it really can go either way in Tassie.

Perth – Home to Tasmania’s Only Castle (to My Knowledge)

I don’t know why this exists, but I’m certainly glad it does.

You’ll see Perth pretty early on in the drive from Launceston to Hobart. It’d be a blink and you miss it kinda place… if it weren’t for the fact that someone decided to build a castle on the side of the road.

Tasmania really is Australia’s weirdest state. And I dunno about you, but I wouldn’t have it any other way.

If you like small towns… check out this micronation in Australia’s west – The Principality of Hutt River.

Stick a pin in this post for future reference! 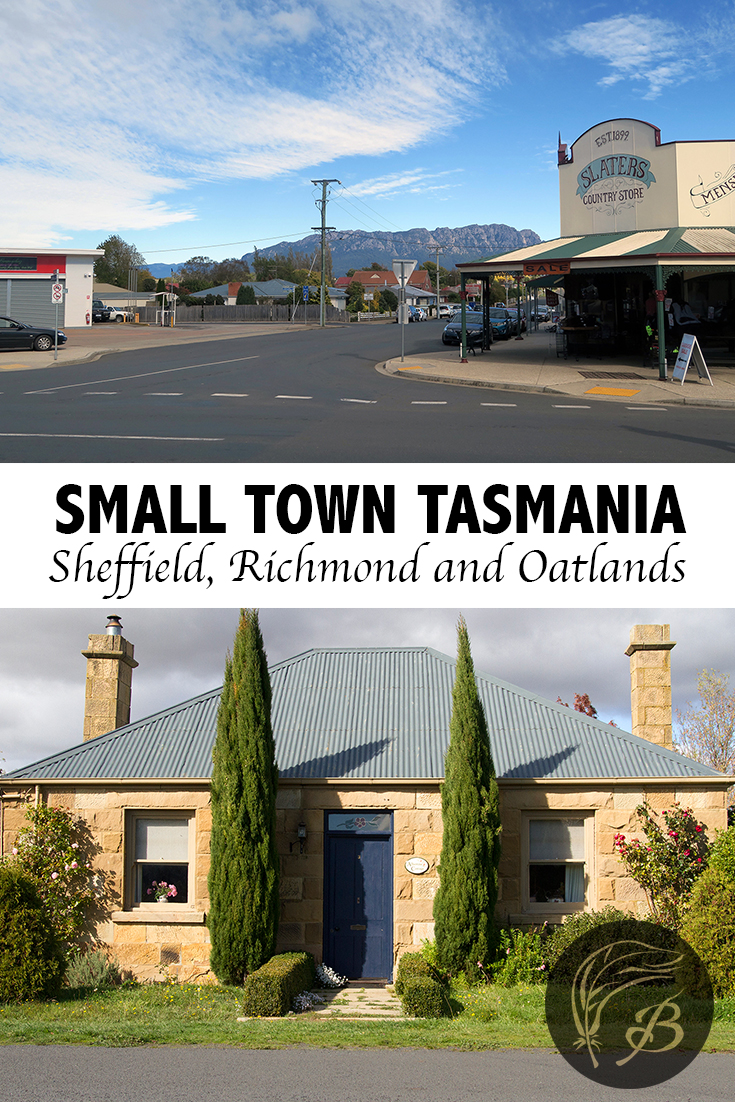 Oh Tasmania you are so beautiful. So many cute little towns! I could see myself living here with Pygmy goats one day.

It’s all I want in life.

There is something beautiful about small towns! Loved this post, thanks for sharing your experience 🙂

My friend lives in Tasmania and sends me lots of gorgeous photos, like these, to encourage me to visit. Soon hopefully!

Haha it’s pretty easy to take a good photo of this state. Imagine how it looks in the flesh!

That place is so cute ! The mural on the church is amazing, too ! I’ve always regretted not having enough time to go to Tasmania when I was in Australia… Hopefully I’ll make it some day !

Hope you do as well!

I refuse to accept that as a castle! One of my biggest desires in life is to just get in a car and drive, just as you did. But I can’t drive sooo that plan’s off for a while. Richmond is more English looking than many places in England – so weird!

I’ve heard there’s a bigger one in NSW but then it looks more like a stately house. I like this one as it resembles a joke. You will do it one day and it is well worth the effort. And cause you’re British you’ll learn stick too, so you’ll be driving real cars, not the stupid rubbish automatics that many drive here.

I love Tasmania! When I went there I thought everything looked SO old. Then I moved to Scotland haha. It’s definitely worth getting out into the small towns too. We had a car and drove around some amazing places. I don’t remember those murals though! I think next time in Australia I need to make another trip 🙂

Haha, I totally know what you mean, felt the same way when I moved to England. Yeah, admittedly I wondered too if it was a newish thing – I don’t remember them being there and that was about six years ago. I think it’s a state worth returning to for sure.