Why Day-Dreaming Can be Dangerous

If you grew up during the 1990s, you might be aware of a children’s show known as The Animals of Farthing Wood. Far from being all about cuddly creatures happily co-existing in the wilderness together, this was more like the animated, G rated 90s equivalent of Game of Thrones. I remember many an episode ending in tears, as characters that you had grown fond of during the course of the series were senselessly killed off, willy nilly and without warning. I am consulting IMDB in-between typing, as I fully expect to see George R. R. Martin pop up under the writer’s credits. 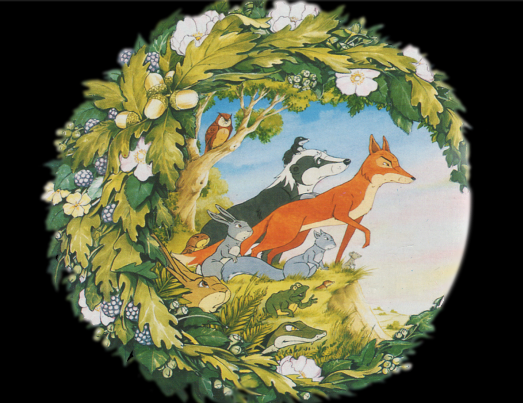 This show is responsible for many of the issues in my adult life.

The protagonist was Fox, (please stay with me, I assure you I am going somewhere with this) who as you might have guessed, was a fox. 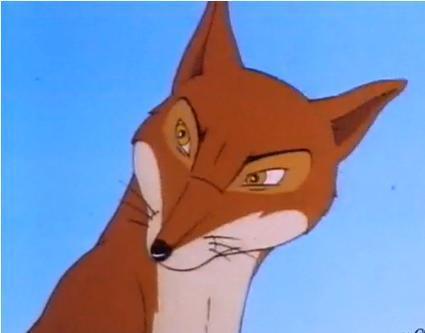 And what a fox he was!

Fox had a lady love who was known around the woods as “Vixen” (naturally). They bred and produced little foxy bambinos, one of which they christened Dreamer.

Dreamer was aptly named, as she was continually wandering away from her family, totally off with the fairies. She was eventually found dead and it was insinuated that she was killed by one of the evil snakes in the series, which she stepped on whilst wandering around and NOT PAYING ANY ATTENTION. WHICH TO REITERATE, RESULTED IN HER DEATH. TAKE THAT LIFE LESSON, KIDDIES!

As a child, I found Dreamer’s death completely unsettling and traumitising. This was due to the fact that my nature was similar to that of this ill-fated, fictional fox. I would go into detail about the time I myself accidentally stepped on one of the most poisonous land snakes in the world, which of course resides in Australia, but it’s a story I like to save for dinner parties.

As an adult, I regard day-dreaming as a wonderful form of escapism. I look to it in times when I have been particularly bored or frustrated with certain circumstances of my life. Within 5-10 seconds, I can lose those ten kilos that have been hanging off my body for the better part of a year now; I have a log cabin in the woods of Canada and Michael Fassbender has become my gentleman caller through legitimate reasons, not just simply stalking.

There are several problems with this. When you get past the delusions, there are factors that I find to be a little bit concerning.

What If You Live a Life of Dreaming and Never Do?

I have spoken about this before, in terms of my trip to Iceland. I spent years day-dreaming about this trip, frustrated and bored at work. It was definitely within my power to make this dream a reality, but there was always some excuse not to. Finally, I cut the crap and booked the ticket. This resulted in one of the most magically perfect weeks of my entire life. There are many other places I could have gone in the last five years, which are out of my reach for the time being. For example, I have never been to New Zealand, which several months ago was a mere 3 hour flight away from where I lived, compared to a whopping 25 hour flight now. Luckily, I’m rather spoilt by choice when it comes to countries to choose from on this side of the globe, so I don’t feel too hard done by…

Day-Dreaming Detracts From the Present Moment

When you’re off in a little fantasy world in your head, you run the danger of missing out on all the good things that are happening right under your nose. Being ever-present is probably one of the hardest things you can do – in fact I don’t actually believe it is entirely possible to live each second of your life entirely in the moment. However, I do think that if it is something that you’re conscious of doing, you are able to over time, develop the ability to keep yourself in check. I am gunning for an 80/20 ratio in life – 80% for appreciating the present moment for what it is and 20% head in the clouds. We’re only human after all and dreaming is an incredibly human characteristic.

How Do You Distinguish Between an Achievable Dream and Total Fantasy?

I believe the first key, if you want to retain your sanity and actually achieve something in life, is to recognise the difference between the dreams that can be realised and what falls into the category of pure fantasy. I obviously doubt I’ll ever even meet Michael Fassbender, let alone charm him with my wit and beauty. (Ha). I could however, lose ten kilos and get into shape. If I spent the amount of time I do day-dreaming, on actually doing something about it, I would probably be prancing around the house in my skinny jeans right about now.

Is it Possible to Make Your Dreams Come True?

Short answer yes, depending on the dream and the lengths you are willing to go to achieve it (while keeping it sane and legal). If there is something you really want in life, and you want it bad enough to work to get it, then what is stopping you from achieving it?

I believe, largely, that you yourself are.

You need to develop a way to stick your nose up at that little voice in your head, that tells you that you are not good enough to do the things you want to do. We live in a day and age where so many things can become possible. You can learn how to do almost anything you want on the Internet. Are you a creative, wanting to up-skill on a software? Try Skillshare. Wanting to learn a new language, but don’t have the money or time to spend on a ten week course? Duolingo might be for you. Just do a little research and figure out a game plan.

Don’t do a Dreamer. Be present. Be realistic. Day-dream by all means and dream big. But don’t forget that the present moment can be just as rewarding as whatever may be going on in your head.