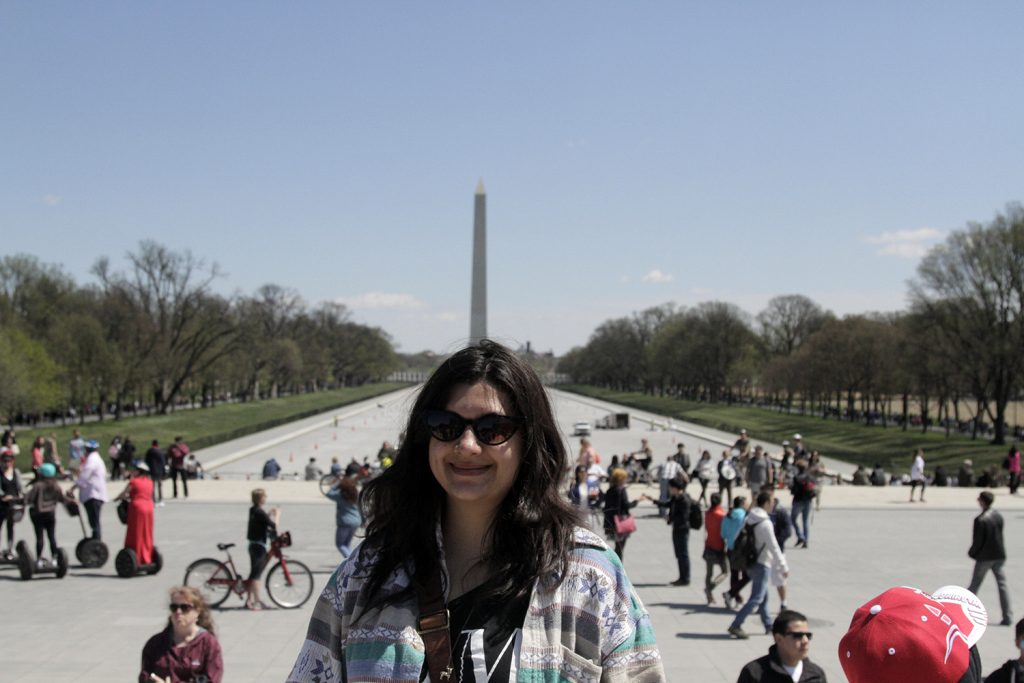 I remember reading somewhere awhile ago that visiting Washington DC during Cherry Blossom Season was lovely, but a major no-no. Why? On account of the tourists that took over the city, when these beautiful trees came into flower.

This was read long after plans were made to visit the USA’s capital during that exact time of year. Something that I never got around to writing about. I only am now as I stumbled across these photos when organising my hard drive. I’ve been meaning to do this for around ten months now. Better late than never, right?

Thing is – these particular cherry trees are of Japanese in origin… right? So, what the heck are they doing in the United States of America? 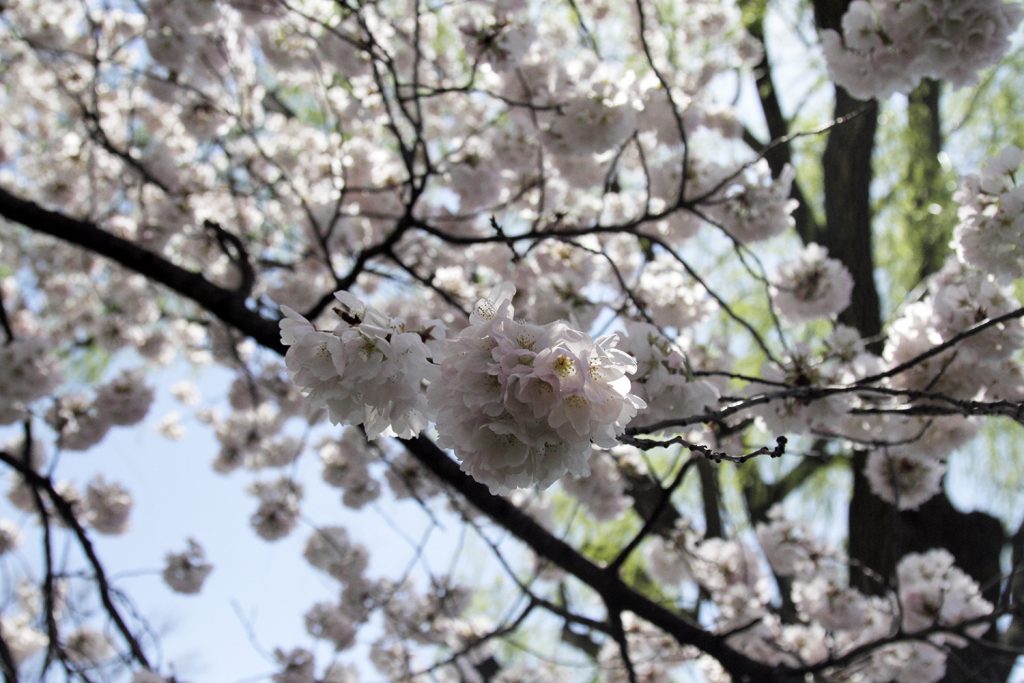 DC’s cherry trees were given as a gift of friendship to the People of the United States from the People of Japan in 1912. Yet, not without a few hiccups along the way.

Two thousand cherry trees were sent to the USA from Japan in 1909. The plan was to plant them along the Potomac River. 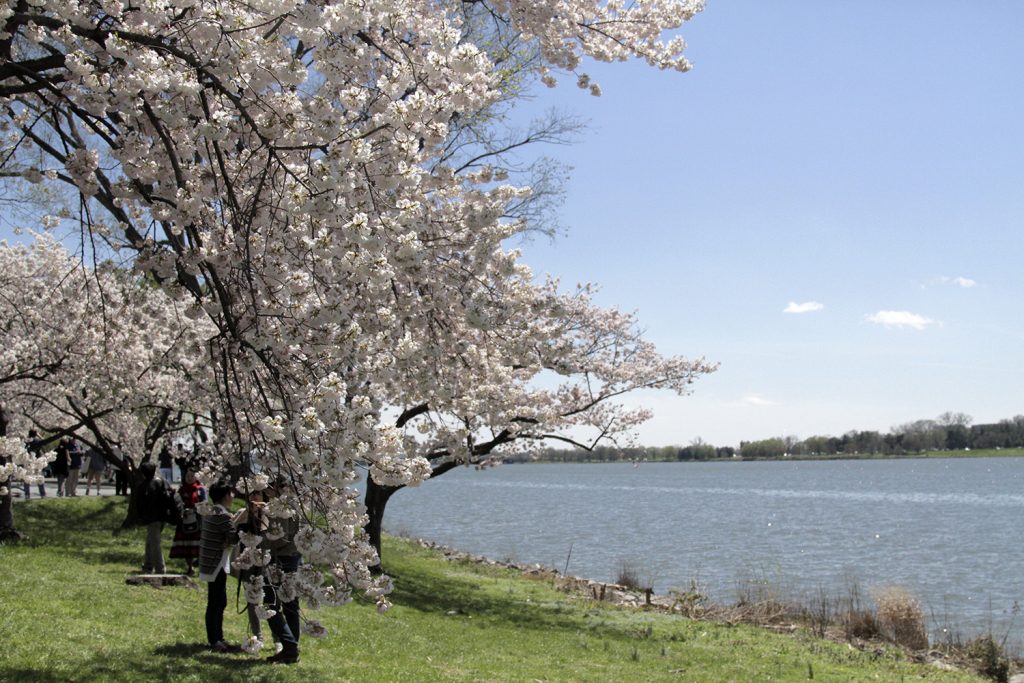 Unfortunately, upon arrival it was discovered that the trees were diseased, due to an insect infestation. They were burned.

Japan apologised and came forth with a second donation, this time of 3,020 trees. These were shipped to Seattle and transported to Washington DC, before being planted around East Potomac Park.

Come every spring, these beautiful cherry trees burst into life, bringing hordes of tourists to the country’s capital, to marvel at their beauty. 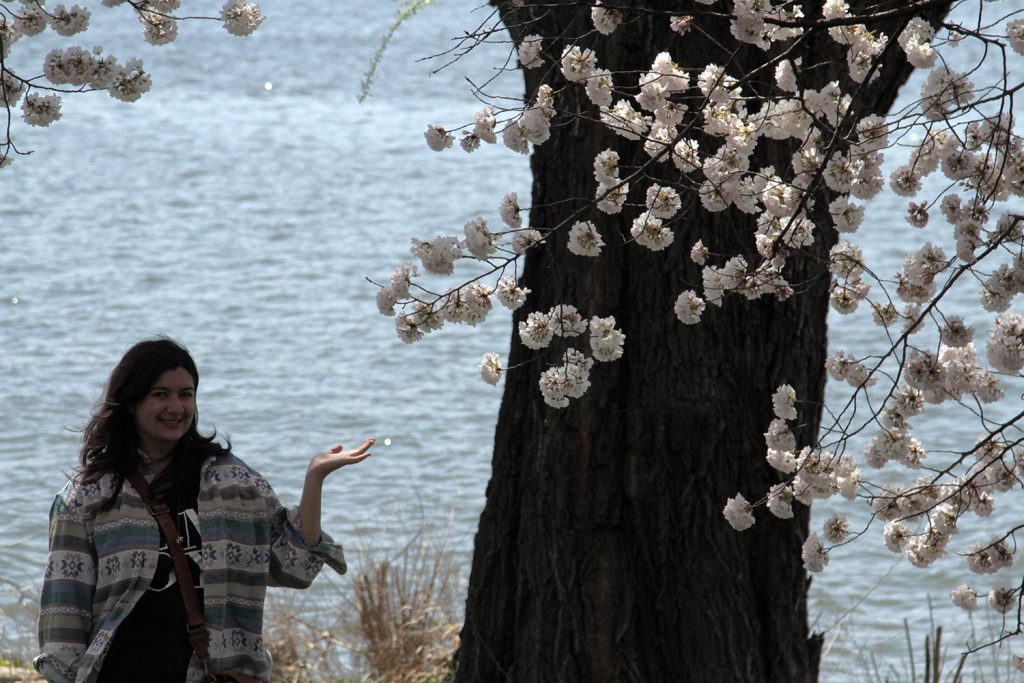 In April of 2015, I was happy to count myself among their numbers.

Some may be put off by the influx of people into the District of Columbia during this time of the year. I say – don’t let that sway you. The cherry blossom trees are a sight you definitely don’t want to miss. 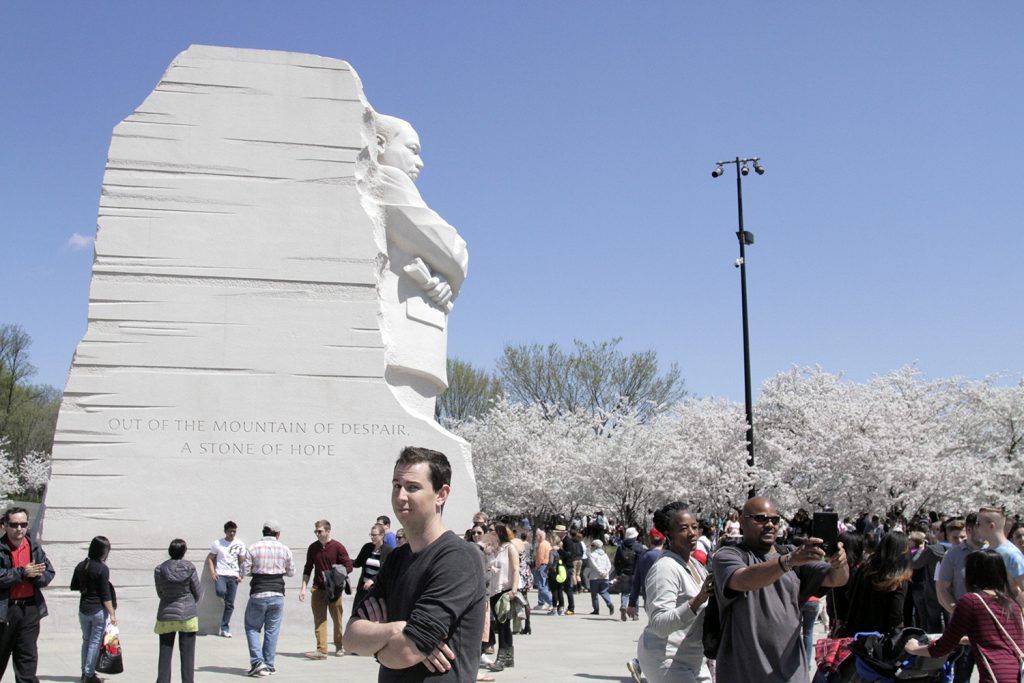 I thought he was over the crowds… 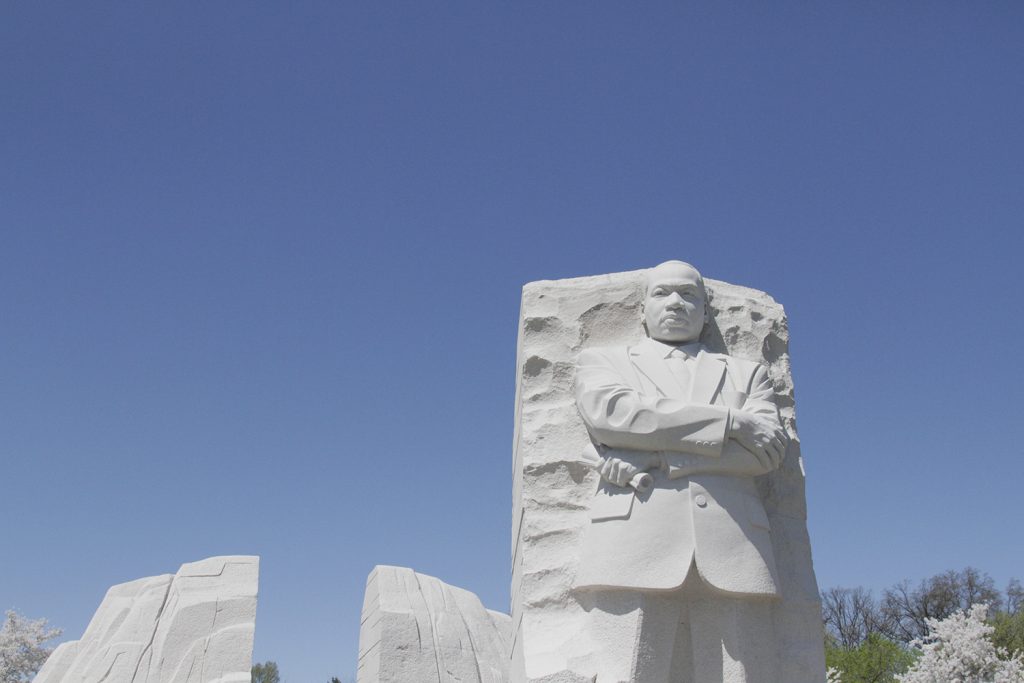 Then I realised he was channeling one of America’s greatest figures of history.

If the prospect of navigating through a tide of people is putting you off visiting Washington DC during cherry blossom season, throw caution to the wind!

There are two things you can guarantee at this time of year in this state of America. The weather will be fine and the setting will be beautiful.

So, go. Marvel at the beauty around you and lose yourself in another chapter of the USA’s fascinating history.

Lava and the Stars: A 4am Visit to Volcano National Park on the Big Island of Hawai’i

13 Thoughts You May Have When Visiting the USA

I love to grow things and I love to see pretty flowers so I can imagine that I would count myself among those who would battle the crowds just to get to see a sight like this one! Are they fragrant? I would imagine that you would find the cherry blossom on all types of souvenirs?

As a gardener…I can imagine the embarrassment of sending sooo many plants that had to be burned. Ouch!

I have a terrible sense of smell, so couldn’t say for sure! They sure did look nice. Couldn’t see any souvenirs around, but who knows – might have been stuffed into some nook or cranny somewhere.