Stuck in a Rut? Maybe I Can Help.

I feel like I’m stating the obvious when I say most people will find themselves stuck in a rut at some point in their adult life.

Maybe you’re job hunting, or feeling a little bit creatively challenged. Perhaps you’ve completely unhinged your entire life as you once knew it, you long to have some sense of order and you just feel completely and utterly overwhelmed in contemplating where to start. No, I’m not talking from experience. What on earth would make you think that?

Just kidding, I totally am.

Now I can finally see the light, I would like to share some valuable things I learned along the way in the form of lists, because who doesn’t like lists?

1. Get Your Sleeping Patterns Right.

I’ve said it before and I’ll say it again now – I really do think that a solid sleeping pattern can go a long way with helping to beat the blues. I can’t speak for everyone, but when my sleep is on task, I find that my creativity and general productivity increases, I am more motivated and less likely to procrastinate. If you are going to view good health in a similar vein as the food pyramid, then sleep would be at the bottom, where the breads and rice used to go. (The food pyramids of the 1990s that is, which now seems frighteningly out of date. Further evidence that everything I was taught at school is entirely redundant.)

This might sound gross and silly, but I have personally experienced very dark days where I have sat around in my pjs until three or four in the afternoon. If I showered earlier on in the morning, I would feel like I had more of a routine to my day and also less like a totally disgusting human being.

A side effect of sitting in front of a computer screen, stuffing your face full of whatever you fancy (unless you have an excellent metabolism and if you do, I hate you) is weight gain. If you don’t have access to a pool or gym, go for a walk. If you live in a country such as England where the weather chooses to be rainy, cold and miserable about 90% of the time, why not try yoga in the comfort of your own home? All you need is a tablet/laptop, mat and a bit of peace and quiet. 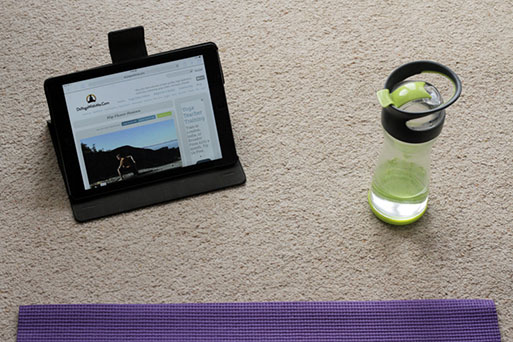 4. Be Mindful of What You’re Eating.

When you’re stuck in a rut, it’s really easy to turn to food. Your mind is a crafty motherfucker and can trick you in so many different ways. Feeling sad and generally lost in life? Chocolate will cheer you up! Experience a small victory? Reward yourself with cake! I feel like this is a habit you can spend a lifetime trying to break. Try to schedule your meals, so you don’t find yourself constantly grazing all day. Small things that seem to help are making cups of tea to have instead of sweet treats and simply not having junk food in the house – outta sight, outta mind after all.

There’s only so long you can spend writing cover letters, staring at the blank page of a word document or tangible piece of paper, before you lose your mind. Get out of the house! Explore a new area of the city you live in. Go to a museum. Chill out at a cafe and read a book over a cup of coffee. Make a playdate with a friend. Go see a movie. Anything is better than rocking back and forth in the corner of your living room, while tears rolls silently down your cheeks.

6. GTFO of the City/Country.

Better yet, go somewhere completely and utterly new. If you live in Europe – congratulations, you win the country lottery. Track down a cheap flight, get on a plane and get out. Live in the USA? You have another 49 states to choose from. If you don’t have the funds to GTFO out of the country, then just get in your car or hop on a train and an hour later you could find yourself in a totally different city, just waiting to be explored. I left London twice in the last month and both times came back feeling refreshed and energised, ready to attack the walls of my rut with fresh vigour. 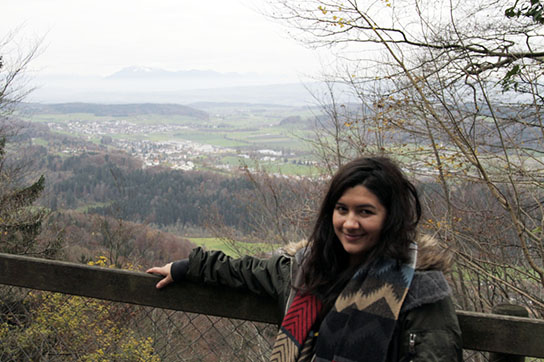 If I were a camera I’d put my focus on that view too.

7. Make Goals/Plan For the Future.

I’m not saying this to contradict myself. Keep it within reason. I like to make a plan of attack. I think it’s healthy to think about what lies ahead, but stay within the realms of practicality. Lists are good. Vision boards are dangerous. More on that, later.

If you’re feeling a little deflated or lost for direction, try turning your attentions elsewhere. Now might be a great time to finally pick up that guitar, take up a life-drawing class or learn a new language. Or even just hack into that pile of books that has been balancng precariously on your nightstand for quite some time now.

I know telling a person living in the 21st century to stay off social media is like creating a petition to save a bureau of the public broadcaster your own political party is defunding – utterly ridiculous. Just bear in mind that people do tend to exhibit the best of parts of their lives on the internet and things aren’t always unicorns and cupcakes.

You will find yourself stuck in a rut from time to time and I think the key to retaining your sanity while the rut runs its course, is acceptance. Things might suck in the now and seem endlessly frustrating. But there are always silver linings to be found, if you look hard enough. You won’t feel this way forever – things will change. Life is too fluid not to.

If your time on this earth could be examined as a graph format, you would view it as a series of peaks and troughs. My philosophy is simple – the more troughs you weather, the better you’ll appreciate the peaks.