Sleeping at Gatwick Airport? Here’s What Not to Do

313 shares
Disclosure: This page on sleeping at Gatwick airport may contain affiliate links. Clicking through for additional information or to make a purchase may result in a small commission. Thank you. 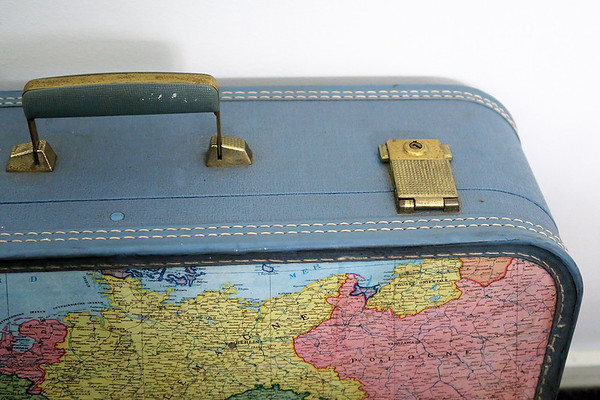 I wish I could pack a bed into my suitcase.

You’ve booked a cheap, early morning flight out from Gatwick airport in London. Then, you’ve probably kicked yourself solidly in the shin, when realising that there are no trains heading from the city to the airport at that time of the morning.

You contemplate catching a taxi in the early hours of the morning, then balk at the price. You check the night bus route from your accommodation and wonder how an hour long drive can take three hours on three different buses.

You think about taking up a hotel room at the airport before your trip. But London is expensive and you’ve totally blown your budget. Nor can you justify shelling out the cash for a room you’re only going to spend half the night sleeping in.

So, you make a decision. You’re going to have to catch the last train south and spend the night sleeping at Gatwick Airport.

Yep. Those cheap Ryanair flights to Europe may seem like they’ve saved you a pretty penny – but by Jove, they will cost you emotionally.

So, does Gatwick airport close at night? Nope, and you certainly can spend the night sleeping there. Sometimes you have to, when you combine early morning flights with London’s somewhat pathetic transport system.

I spent a night in 2014 when I was broke AF sleeping in Gatwick airport. It is by no means something I’d recommend anyone else do. But it can be done and probably successfully.

Yet, I somehow managed to do everything completely wrong. So, here’s what not to do when sleeping at Gatwick Airport.

If you’re spending more than a night there, here’s a guide to Gatwick Airport that will come in handy.

Let’s look at this situation realistically. You’re sleeping in an airport terminal. You’re not going to have the most fulfilling, deepest sleep of your life – far from it, probably.

So, don’t book the early morning flight and refuse to book out a hotel room when you actually have something important to do the next day – like a job interview, which may or may not have been my situation (and no, I did not get the job, why do you ask?).

Don’t settle on one place to sleep in

I arrived at around 9pm at night, wandered around for a bit and found what looked like a nice comfortable bench to sleep on. There was a television nearby, playing a quiet documentary.

Dropping my suitcase to the ground, I positioned my backpack and travel pillow accordingly. I jammed my earplugs in my ears, snuggled up under my coat and pulled my hat down over my eyes. I felt quite cosy and content. Maybe, just maybe, I could pull this off!

At this point, the documentary ended, and a Bette Midler gig inexplicably took its place. Suddenly, everything was upsettingly loud. I could hear every word Bette was bellowing at the top of her lungs, as though I were front stage at the concert itself. I turned to face away from the TV, but the thing with sound is, you can still hear it even when you are looking away from its source.

I squeezed my eyes shut and practiced my deep breathing exercises. Miraculously, about an hour after the concert ended, I did manage to drift off into a fitful sleep, punctuated by the ringing of phones, coughing and general chitchat of my fellow airport patrons.

Read more: How to Spend a Week in London

There will be people coming and going constantly. You are absolutely going to need them.

People can be oblivious asshats, particularly when travelling.

One lady drifted over at about two in the morning, dragging her suitcase loudly behind her and yabbering away on her mobile phone. I felt a pretty violent rage towards her and tried to move on by focusing on my happy place (cabin in the woods, open fireplace, bearskin rug), until the feeling passed. (It didn’t. I just fell back asleep.)

This was where I made my fundamental mistake.

I was sleeping in the South Terminal and didn’t realise that if I’d just walked upstairs towards security, I would have found a designated corner with comfortable chairs, reserved for early morning travellers (and probably a heck more peace and quiet too). I could have had a quick kip there, before jumping on my flight a few hours later.

Gatwick Airport is my London airport of choice (well, besides City because it is carefree and beautiful), but I travelled a lot smarter after that. I made sure I booked flights which I could catch the first train to.

Recently, I had a flight to New York which left at 6am. I briefly contemplated spending another night sleeping in Gatwick airport, but I’m still rather traumatised from the experience, several years on.

I spent the night in an actual bed!

So, I booked a room at the Premier Inn at Gatwick Airport – arriving in the late evening by train.

Check in was super smooth (I thoroughly recommend checking in online to save time), the hotel was clean and quiet and the room so nice that I was actually quite bummed that I wasn’t able to spend more time hanging out in it.

I’ve also heard the Gatwick Airport sleeping pods are quite good and plan to give them a go next time I find myself in this unfortunate situation that I am always wholly responsible for.

Yeah, it cost me money that I would have rather spent on food or books, but I felt far less like a zombie woman the next day and actually enjoyed my trip to NYC.

Whether or not you spend the night sleeping at Gatwick Airport is up to you (and how much you enjoy your sleep). I personally wouldn’t recommend it, but it can be done. And I know sometimes you’re stuck having a layover and you don’t have a choice. Just don’t do what I did! Find that quiet corner near security and try to enjoy your night.

If you’re looking for things to do on your London trip, then check out this six day itinerary.

Have you ever slept at Gatwick airport, or any other around the world?

Looking for Things to Do in London?

Pin me baby, one more time.