A hammam is a must-do when visiting Morocco, if you’re a fan of spas at all.

Unfortunately, a visit to a local hammam in Marrakesh turned out to be less relaxing than I’d originally hoped.

“Take off your clothes,” the attendant instructed.

We obliged, stripping down to the bikini bottoms we’d both had the forethought to wear. The attendant handed us large, white bathrobes, which I quickly slipped over my body, keen to cover up my half-nakedness.

Hammam is an important aspect of Moroccan culture and I’d been keen to experience it for myself. Locals would visit the spa once a week and strip down to sweat and scrub the impurities out of their skin. This ritual was conducted while catching up on a week’s worth of gossip and drinking unknown quantities of the deliciously sweet mint tea that was prevalent throughout the country.

The attendant crooked her finger and we obediently followed her into our very own steam room. Stripping off our bathrobes, we were pushed under the scalding hot water that sprayed forth from the lone shower head in the room, before being instructed to lie down on the padded benches that aligned the walls.

Smiling, the attendant closed the door.

We lay there for quite sometime, unsure of what to do next. There were various pots in the corner of the room, containing interesting smelling ointments and concoctions of all sorts of colours. We passed time by holding a debate over protocol and joking about how we’d have to stay friends forever, now that we’d seen each other’s boobs.

Beneath us, a machine sputtered to life and the room began to slowly fill with steam. The air became heavy and breathing difficult. Perhaps we hadn’t taken the time to hydrate properly, not being used to the mid-twenties heat of the Moroccan winter, after a couple of years living in the UK. My heart thumped energetically in my chest and my stomach felt like it was tying itself in knots.

There was no relief from the heat that permeated every corner of the room. The water that expelled itself from the only tap in the room ran hot, far too warm to drink. Black clouds danced in front of my eyes – anymore of this and I was sure to pass out. My friend rose from her bench and staggered to the door. Throwing it open, she flagged one of the staff members down. 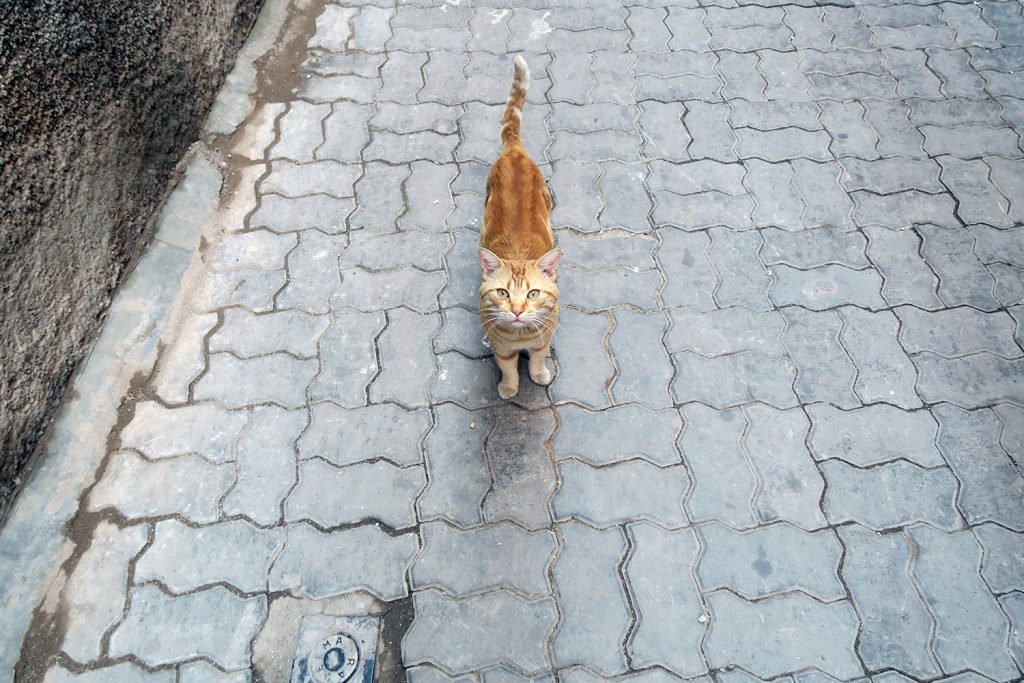 “Too hot for you?” She seemed more amused, than concerned.

“Much too hot,” we said. I tried to explain that it was our first time and we’d not been told what to do, but I speak only schoolgirl French, so this was lost in translation.

They instructed us to lie down on the padded beds, which now felt akin to those found in jail cells across the world. Each attendant dipped their hands in one of the nearby jars of goo, rubbing the mud-like concoction onto our skin. They disappeared out the door, closing it behind them.

The machine sputtered to life and within minutes, the room was filled with the same heavy steam as before. We waited for the return of the attendants – alas, they didn’t seem to be making any appearances.

Unable to take any more, we pulled on our bathrobes and escaped to the hall outside. Too weak to stand, we sat on a nearby bench. Panting, waiting for our heads to stop spinning and our heart rate to return to its normal pace. 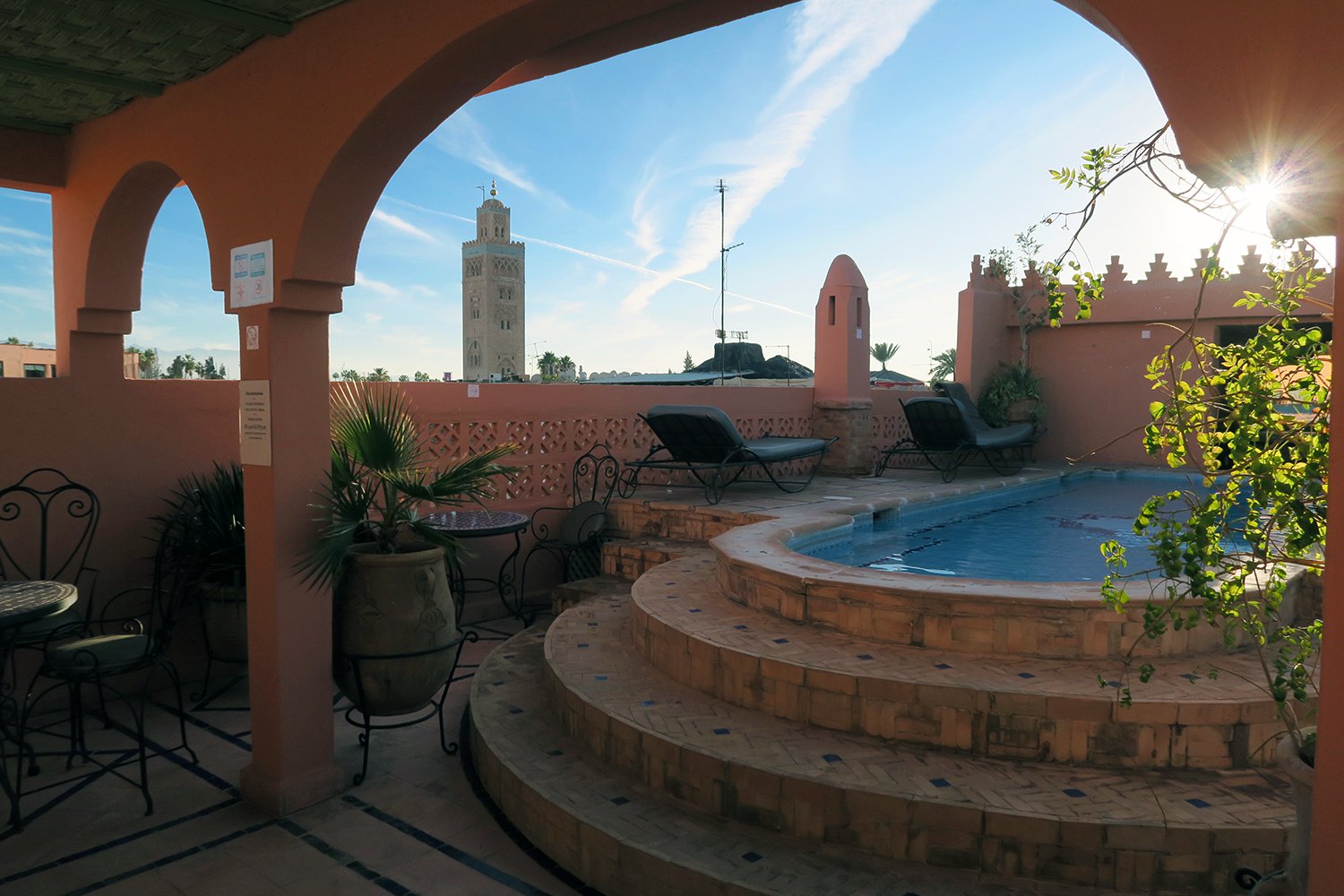 When the attendants came back, we stared at them, too exhausted to say anything.

They led us back in the room and scrubbed hard all over our bodies. I examined the dirt that was strewn across my arm, before realise it was a layer of dead skin cells, which had detached from my body. They instructed us to lather our hair with shampoo and rinse it off. The shower water was still unbearably hot and I refused to step under it.

Communicating through the attendants broken English and my elementary knowledge of French, they realised just how hot the shower was. It took some tinkering on their part to get it to a temperature that my poor, tortured body could actually bear.

As I washed my hair, the attendant snapped at my bikini bottoms. I ascertained that she wanted me to slip a hand down my pants and thoroughly rinse my privates. In the company of my friend and two strangers and having had enough fun for the day, I shook my head and laughed – enough was enough.

Finally, we were led from the steam room, ecstatic to see the back of it, to a rest room with comfy chairs. We were presented with a silver tray laced with pastries, biscuits and various drinks. All I had eyes for was the water.

A mud wrap had been included in our booking. We slathered down with more mud-like paste, before being securely wrapped in a gigantic piece of gold foil. It was around this time that the water I’d drunk post-hammam began to make its way through my system. Far from being relaxed, I spent the majority of the hour of the mud-wrap wishing it as over, so desperate was I to get to a toilet.

A hammam in Marrakech is intended to be akin to a relaxing day at the spa. It’s a chance to gossip with friends and cleanse yourself, leaving your skin smooth and your mind at ease.

On the contrary, my fears of abandonment are now worse than ever, but at least my skin was sparkling.

I’m not sure whether the place we went to was a bit lax with its monitoring of patrons, or we’d simply stuffed everything up big time, in our ignorance of how things were done.

Either way, it made for a good story and I’d be keen to give a hammam a go the next time I’m in Morocco, if I’m ever so lucky.

Other posts on Morocco

Yikes! I have had people tell me how amazing hammams are amazing, but I have my doubts. I am not convinced that forced sweating and people I don’t know rubbing things on me is my idea of fun.

I realise that everyone has a different definition of fun, but it doesn’t fall under mine either