We Need to Talk About Fanny’s Nightclub in Newcastle

I have spent some time walking around my beautiful University city, trying to get my fill of beach, before I resume my landlocked London life. My formative years were spent living within close proximity of this town and I have enjoyed getting lost in the nostalgic feelings that being back here has brought up in me.

Newcastle is not a city that is known for being particularly progressive. Yet, it is still not the same as it once was. People have moved away. Places have closed down. A giant KFC now resides over what used to be one of the most historic sights of the town. The overall vibe of the place has changed. And I have come to the conclusion, that I need to tell you about Fannys.

What is, or rather was Fannys? Apart from being either a terrible or the best name ever for a nightclub, it was a Novacastrian icon. The club was famous throughout Australia. You could tell any university student that you studied in Newcastle and they would reply with “Really? What’s Fannys like, then?”

Fannys was a place of sin and debauchery. I can tell you now – bad things happened there. Unspeakable acts were performed in and around the night club. It was the type of place you could only visit if you were absolutely hammered. That way, you would wake up the next morning with no recollection of the night before and go about your day as normal. (Read: lie in bed, eating pizza and watching ‘The Hills’ until your hangover dissipated.)

I was not a big drinker and I lived out of town. Newcastle has a distinct lack of public transport and about three taxis that cover the transportation needs of the entire city. Someone had to be the designated driver and I was usually the one to put my hand up. Therefore, I remember in almost full detail every single thing that I saw happen at this nightclub.

My group of friends at University back in 2009 was a motley crew of people I worked with and their friends of friends around town. Every group has their glue – ours was Philip. He would text us every Wednesday, Friday and Saturday, rally a group together at a share house in Merewether for “pre-drinks” and take us out on the town. And somehow, inevitably, we would always end up at Fannys.

One of the more unsettling things about Fannys, was the ratio of boy to girl. That is to say, we were largely out-numbered. Being in that club was like, as I later discovered, riding the Metro in Paris. At some point, you were bound to get groped, hit on, or harassed. An experience of course, that would make any girl’s night!

The boys went there in the hopes of hooking up. Yet, bless them, they were gamers at heart – socially awkward and did not really know what they were doing.

“What is the point?” I demanded angrily of Philip, as we trekked along the foreshore one summer’s night. “You lot are just going to do what you do every time we go here. You’ll stand on the dance floor, looking awkward, too scared to talk to the girls. Someone will grab my bottom, I’ll get upset and we will call it a night.”

“Don’t stress – you’ll have a good time,” Phillip said dismissively. He strode on ahead and I ran to catch up with him. I had foolishly decided to drink and was staying at his house – this meant wherever he went, I had to follow, often reluctantly.

In the club, I perched on a stool, arms crossed, sulking. I had figured that if I was sitting on my behind, no one was in a position to grab it. Philip ambled over.

“You don’t look like you’re having fun!” He pushed me, sending me flying off the stool and onto the ground, causing the heel of my stiletto to snap off. Everyone around us jeered. I glared up at him.

“Thanks, Phil. If I wasn’t then, I’m certainly having a great time now.”

On the upside, it put an end to the night. We left shortly after, with me limping the whole way home.

We entered the club and it was as I imagined – semen and foam interspersed. I wanted to leave immediately.

“I need to pee. Wait for me outside?” Todd asked. I nodded. In the minute and a half that it took him to do his business, an unknown assailant predictably pinched my bottom. Another boy danced up, shoved an empty drink in my hand and ran off, giggling. Todd emerged and frowned when he saw the expression on my face.

In 2010 both Philip and Todd moved to Melbourne and the larger portion of the group disintegrated shortly after. We stopped going to Fannys and started going to bars instead. I think everyone was much happier for it.

Fannys closed down at the end of 2012, after I had moved back to Sydney. Although it re-opened shortly after as the far more classily named “Argyle House”, the original nightclub has faded into obscurity. I recently mentioned it to my baby brother, who DJ’s in town and normally has his finger on the pulse. He just looked confused.

Regardless of what went down there, Fannys represents an important stage in my life. Those years at University, the last age of innocence. That period of life where you are not a child, but you’re not quite ready to call yourself an adult just yet. All you cared about was getting your assignments in on time and whether or not that boy in your social circle liked you. If you didn’t have enough money to both eat and pay the rent, you always had your parents to fall back on.

Don’t get me wrong – I love being a “proper” adult and am endlessly grateful for the life I have overseas. But I have enjoyed this little trip down nostalgia lane. Fannys may be no more, but it exists for me in my memory; a trigger point for a handful of years I will always look back on with utmost fondness. As I walked past the building, I smiled and mentally filed it away as one of my postcards of the past. There’s a little bit of wistfulness, mixed in with the sense of relief in realising I will never be forced to go there again. 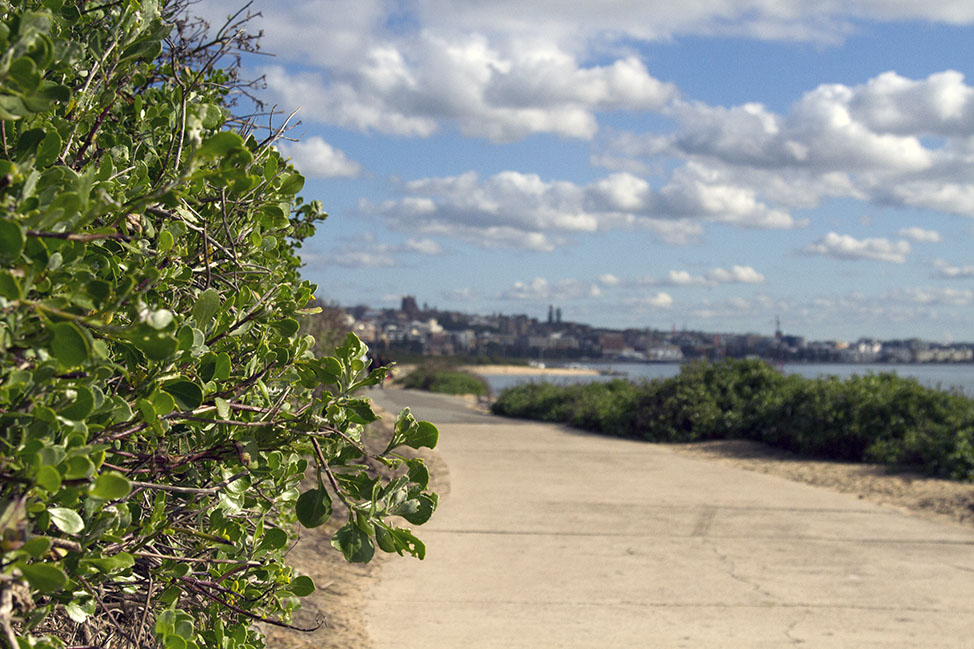